The league ended with Petrovic’s Cibona and Sabonis’ Zalgiris taking the first two places in the final. Both teams finished with a balance of (7-3). Milan always had options to get into the final but finally stayed at the gates. Real Madrid was always far from the goal.

The Cibonade Zagreb found themselves in a tough, hard and uncontrollable match, winning their second consecutive European Cup. The final was conditioned by the disqualification of Sabonis in the 31st minute, after punching Mihovil Nakić in response to an aggression from the Yugoslavian player to his teammate Krapikas. From that moment on, the Žalgiris was a broken toy in the hands of those who best know how to “play” basketball: Dražen Petrović and company (although on this occasion the Yugoslavian escort did not shine like in other matches).

The prolegomena of the final predicted what its conclusion would be: of the 12,500 spectators who packed the Sports Palace in Budapest, about 8,000 were followers of the Cibona, while those of the Žalgiris did not exceed 100. On the other hand, the meeting was very heated, since the incidents had presided over the clashes between the two teams during the previous league.

The first minutes of the match showed the nervousness of both teams, which showed a great precipitation and a bad selection of shot. The Soviets had established a special marking on the Yugoslavian star Dražen Petrović, who was watched by Krapikas occasionally helped by Kurtinaitis. For his part, the best player of the Žalgiris, Arvydas Sabonis, was defended by Arapović, who received constant help from the best defender of the Cibona, Mihovil Nakić. In these situations of 2 against 1, Sabonis always had the ability to win -especially near the hoop- despite the constant provocations and frictions of its defenders with the intention of unbalancing the Lithuanian center. In this way, the Žalgiris constantly took the initiative on the scoreboard, but with advantages that never exceeded the four points difference (7-11), due to the numerous failures in the external throw. However, from minute 9 Petrović came into play definitively (achieved its first two points of the match), and this made the Cibona turn the encounter. In the 16th minute the plavi were already winning by seven points (37-30), and with one minute to go before half-time Kurtinaitis committed his fourth personal foul. They were enough for Kaunas.

The second half continued along the same lines as the first: in the Žalgiris only the inner game worked with Sabonis, while the Cibona depended on their escorts and eaves. The Yugoslavian advantage was increasing (54-41, min. 23), but by clenching their teeth in defence, the Soviets managed to reduce differences (58-52, min. 26). Then came the key move that decided the final: with a score of 68-61 in favor of the Cibonay with ball in possession of Kaunas, they miss the shot, and in the counterattack escapes Mihovil alone Nakić, when the Yugoslavian is going to enter the basket is the object of a clear foul by Krapikas, who gives him an “axe”. Nakić scrambles and attacks the Lithuanian player with an elbow, and that’s when Sabonis, who had walked the entire track, came to punch the Cibona player in the face. The referees do not hesitate for a moment and point out disqualifying technique to the Lithuanian center (although, on the contrary, they seem to think much more to do the same with Nakić, the other aggressor set-pieces, so much so that in the end nor expel …). Without his top star and best player of the match, the Žalgiris said goodbye definitively to the final. In three minutes the Cibona, hand in hand with an extraordinary Zoran Čutura, put land in the middle (74-63, min. 34) and secured victory against a demoralized Soviet team. The match ended as a corrections unworthy of an entire European final, with chulerías of some and others and the classic attempts to humiliate Petrović (not even that came in this game). 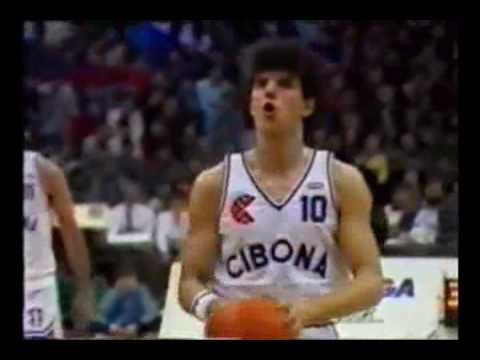 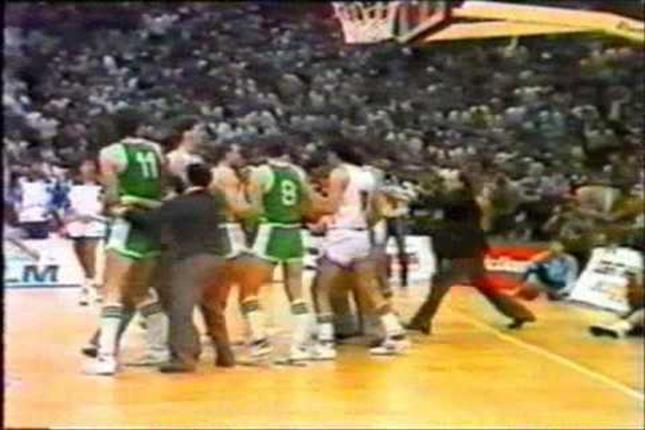