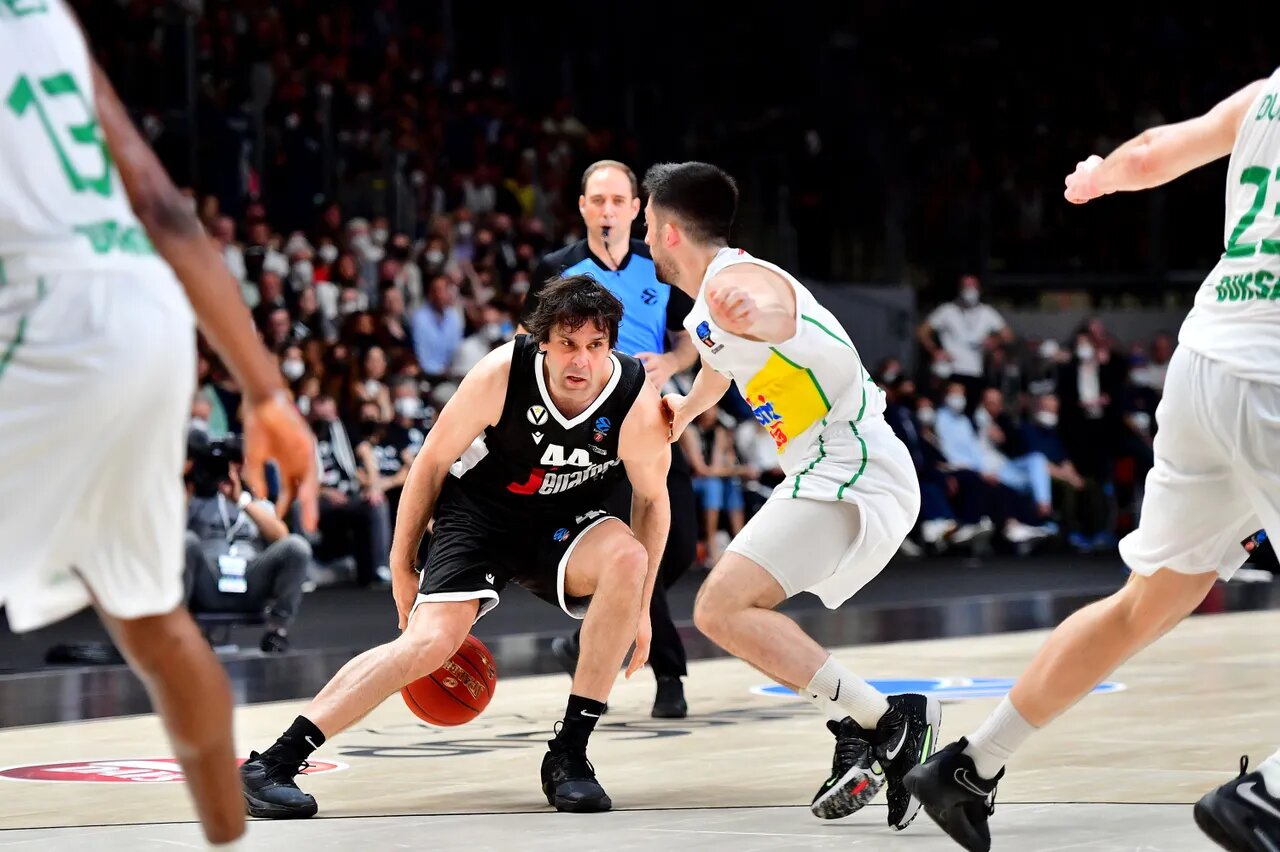 In the 2022 EuroCup, this time, Virtus Bologna lived up to its status as favorite after beating Bursaspor in the final (80-67). Milos Teodosic, who led his team in both attack and direction, won the MVP 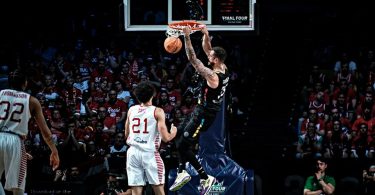 In 2022 the final four was held in Bilbao, where we were offered a Spanish final to decide the champion, in which Tenerife overcame Manresa by (87-98), led by a spectacular Marcelinho Huertas, MVP at 38 years of age. The islanders returned to the top of the BCL five years later 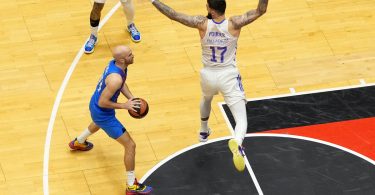 In 2022, the King’s Cup was held in Granada, where Barcelona was once again proclaimed champion. The blaugranas, after scoring more than 100 points on average in the quarterfinals and semifinals, had to overcome a very defensive Real Madrid that took the final to a few points 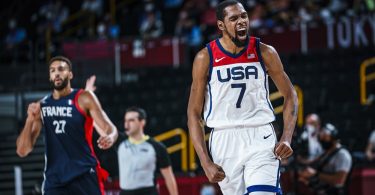 The 2020 Olympic Games, held in Tokyo, were forced to be postponed to 2021 because of the coronavirus pandemic. In the semifinals, the United States had little trouble beating Australia (97-78). Much more disputed was the semifinal between Doncic’s Slovenia and France, which was decided in favor of the Gauls by (90-89) thanks to a block by Batum in the last play. In the grand final, the United States won the Gold by beating France by a narrow (87-82). It was a victory without much shine but really effective, led by Durant who won his third gold. France, 21 years later, felt again the sweet cold of the silver. In the fight for the bronze medal, Australia broke its jinx in the Games and won the metal beating Slovenia (107-93) with a stellar Mills (42 points 9 assists) 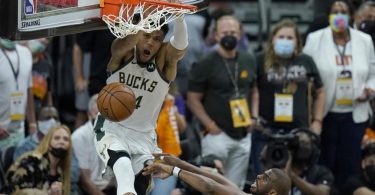 In the 2021 NBA Finals, the Milwaukee Bucks ended their long ring drought by beating the Phoenix Suns (2-4), who started the playoffs with a 2-0 lead and had home-court advantage. With the exception of Khris Middleton, who was key in important moments of the final, the man was Giannis Antetokounmpo, MVP, who from injury doubt finished the series with 50 points to lead the Bucks 50 years later to the championship 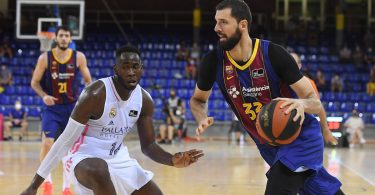 In the 2021 ACB, Barcelona put an end to a long drought in the competition, beating Real Madrid in the final (2-0), in a reduced best-of-three format. The blaugranas were the clear winners in both games against a Real Madrid side that was severely depleted by their injuries and did not give the impression of being able to compete at almost any point in the final. Pau Gasol, who returned to Barcelona after many years in the NBA, won the title 20 years later, Nikola Mirotic, MVP of the tournament 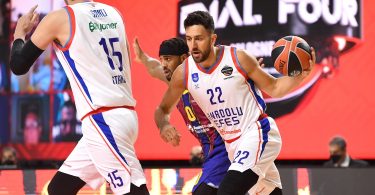 After the cancellation of 2020 due to the pandemic, there was a desire for a Final Four in 2021. It was held in Cologne, respecting the previous year’s venue, and in the end it was held without spectators and at a minimum to preserve the sanitary aspect of the competition 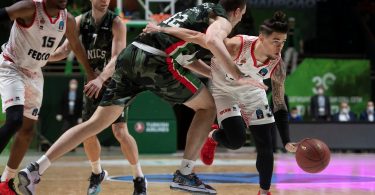 In the 2021 EuroCup, the title went to Monaco after a 2-0 win over Unics Kazan in the final. The Russians came with less fuel for the key moment after beating competition favourites Virtus Bologna in the semi-finals. Rob Gray, MVP 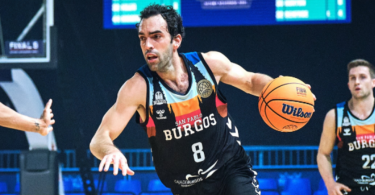 In 2021 the final 8 of the Basketball Champions League was held in the Russian city of Novgorod. In the final, San Pablo Burgos won the title for the second consecutive year. In a few points final (64-59) the Burgos beat Pinar Karsiyaka, with Benite as MVP 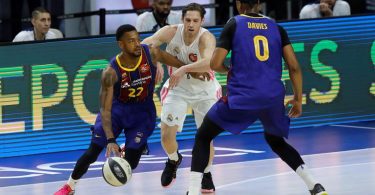 In 2021, the King’s Cup was held in Madrid. A competition marked by the fact that it was played without spectators due to the coronavirus pandemic, and the final was played between Barcelona and Real Madrid. The Catalans forged their victory with an impeccable first half, leaving the final practically sealed at the halfway point of the game (73-88). Cory Higgins was voted MVP 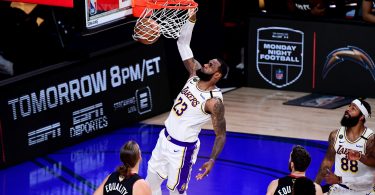 The 2020 NBA will always be remembered for the bubble format that had to be implemented in order to finish the season because of the coronavirus. In sports, the Lakers took the ring after 10 years of drought by LeBron James and Anthony Davis, who beat the Miami Heat in the final against the odds to start the playoffs from fifth position, and even though they played with several players, they fought until the sixth game (4-2) 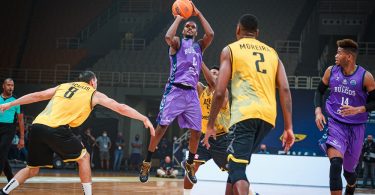 Because of the coronavirus, the BCL stopped the competition and decided to play a final 8 months later in Athens. In the final, the San Pablo Burgos, in the first opportunity in its history to win a European title, clearly beat the AEK Athens by (85-74) 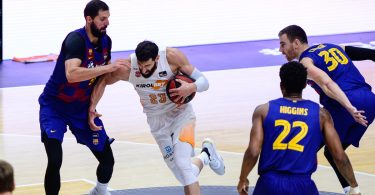 The 2020 ACB was completed after the halt due to the coronavirus pandemic, with a final tournament, where a group of five matches were played between two groups, and the first two from each group played a final four, where in the semi-finals Barcelona eliminated San Pablo Burgos 98-84, and Baskonia beat Valencia in a hurry 73-75. In the grand final the Basques beat Barça by a tight 67-69 thanks to a final basket by Vildoza. Baskonia, 10 years later, ACB champion 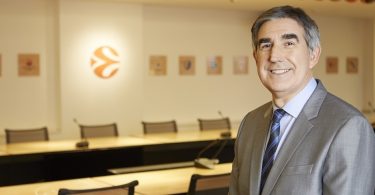 2020 will be remembered forever because of the pandemic that struck the world earlier this year. A health reason that forced the EuroLeague and EuroCup to be stopped on 6 March and cancelled almost three months later, when the decision was officially announced on 25 May 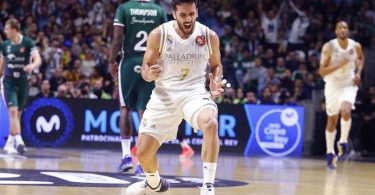 In 2020 the Cup was held in Malaga, where the whites, after losing the two previous finals against Barcelona and playing their seventh consecutive final, won the cup again three years later. He did so by beating Unicaja in the final, and also did so clearly, by (95-68). A final distance that broke the record for the greatest difference in a cup final 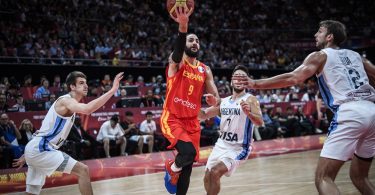 In 2019 the World Cup was held in China. A competition marked by the worst performance of the United States in a World Cup. In the final Spain deployed a great basketball against a battler Argentina who never had a real chance of winning the game. In the end (95-75) for a Spain that thirteen years later again felt the sensation of winning a World Cup, of being on the cusp of the planet. Ricky Rubio, Tournament MVP 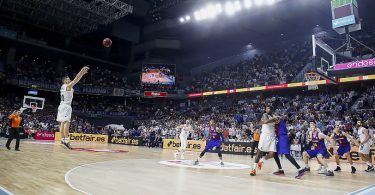 In the ACB of 2019 Real Madrid was proclaimed champion again after defeating a Barcelona that returned three years later to a final, by (3-1). Madrid did not allow the Catalans to win in the capital in the first two games of the final, and then after losing by one in the third, sealed the title with solvency in the fourth game. Campazzo, with a great performance, was awarded with the MVP 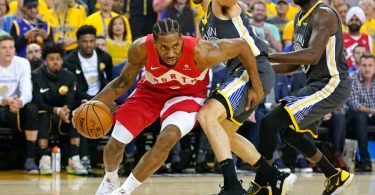 The 2019 NBA offered us a final that was sometimes dramatic due to injuries suffered by the Warriors, and historic for Raptors who were proclaimed NBA champions in their first disputed final. The Warriors managed to win two games on Canadian soil, but their impregnable Oracle Arena saw their team lose up to three times to a Toronto led by Leonard, MVP of the final, and with a clear Spanish flavor, with Marc Gasol and Ibaka on the track, and Scariolo on the bench, touching glory. In the end (4-2) for Toronto. Without Durant, who only played 12 minutes to re-injure himself, with Thompson in the end also out of action for the effort, and a half gas Cousins, the Warriors lost the chance to win the ring for the third consecutive time 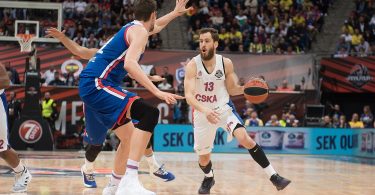 The EuroLeague offered us yet another year, an exciting competition. With 30 days with fight until the end especially to enter the playoffs, where the last places were not decided until the last day 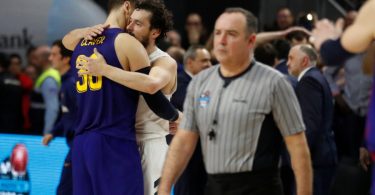 Madrid hosted the 2019 Cup, and lived one of the most southern cup finals in the history of the competition, where the referees, in a final between Barcelona and Real Madrid, chained mistakes, even having the instant-replay to check the last move, to take the final to the limit, with Barcelona as the final champion 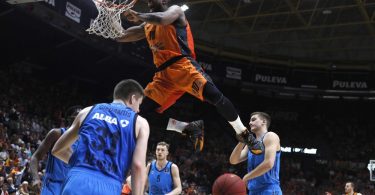 In the 2019 EuroCup the title went to Valencia Basket, after beating ALBA Berlin (2-1) in the final. Will Thomas, was the MVP of the final series 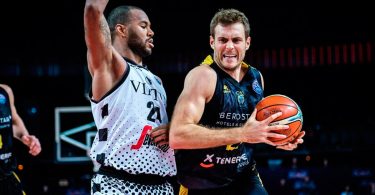 In 2019 the final four of the Champions League was held in the Belgian city of Antwerp. Where in the final the Virtus Bologna returned, many years later to feel what it is like to win a title. The Italians beat Tenerife (73-61), thanks in part to the offensive work of Kevin Punter, MVP of the tournament 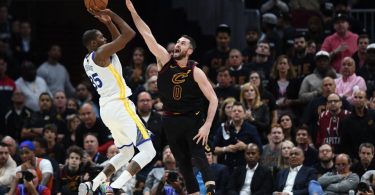 The 2018 NBA offered us the usual tone of recent years, a final between the Golden State Warriors and the Cleveland Cavaliers, the fourth consecutive. The Warriors started as favourites and really fulfilled their condition to win with great authority and sweep away LeBron and company by (4-0). Golden State led again by Durant, second MVP of the finals consecutively, demonstrated that they are the power established in the NBA with three titles and four finals in the last four seasons 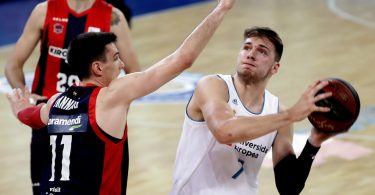 In the ACB 2018 Real Madrid dominated the competition again after a year of parenthesis. The whites culminated with a title a great season that really dominated from start to finish. In the final they beat Baskonia, who played a final after eight drought, by a clear (3-1) and after winning two games in Vitoria 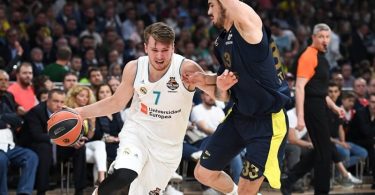 Second year of the new Euroleague, with the 16 teams playing and again there was excitement until the final days. With 30 games ahead there were winners and losers, and unlike the first year in this format, the squares to the playoffs were decided to several days for the end